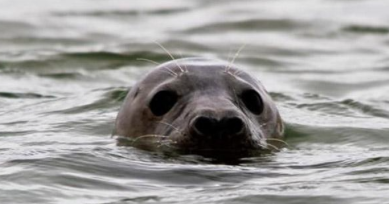 Do seals bite? I wonder, as I beat a hasty retreat, followed by the inquisitive seal, to the safety in numbers of my friends just tentatively entering the cold clear water of the bay.
I’d just plunged into the bracing Bristol Channel, swimming fast to try to warm up, when the speckled head with big brown eyes and long wiry whiskers popped up in my path. She (I am assuming it was a she) was as surprised to see me as I was to see her but probably wasn’t as worried about her flipper being nibbled on by me.
This swim was definitely one of the highlights of my trip to the island of Lundy, famous for puffins, climbing and being on the shipping forecast. 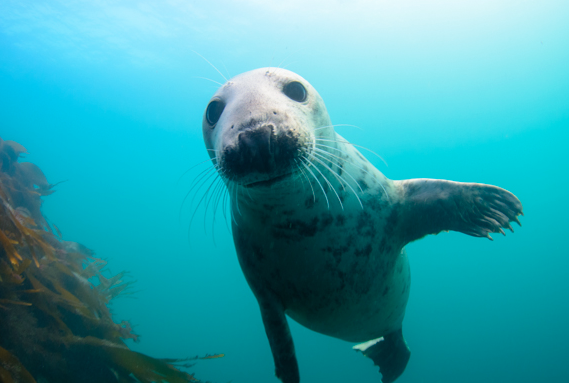 Once again brave in the reassuring presence of my friends, the four of us swim from the harbour around Rat Island. A young seal that was basking on rocks slithers in to see if we would make interesting playmates. The mother joins us too. She is big! We see shapes below us as we swim and heads pop up around us. 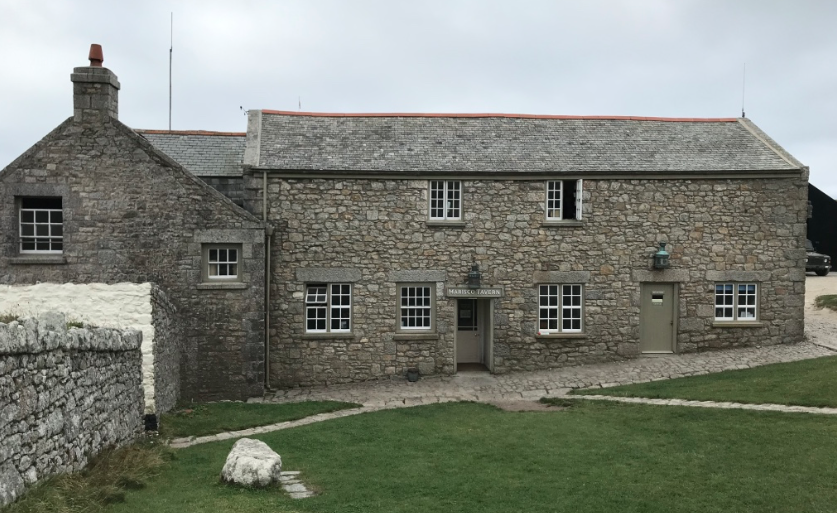 We had been staying in the pretty village up the hill from the harbour made up of stone cottages, farm buildings, a church, village store and a single pub – The Marisco Tavern – named after an alleged traitor, William de Marisco, who took refuge on the island with its resident pirates but was dragged back to London (literally) in 1242 where he was then promptly hung, drawn and quartered. Nice cheery side story. 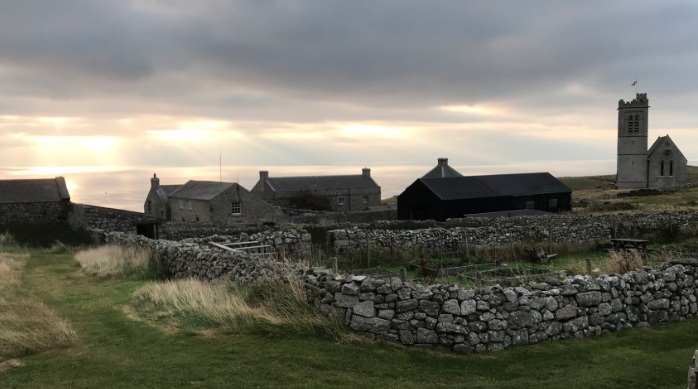 Watched by seals for the last few days, we had grunted and squeaked up various cliffs around the island including the five-pitch classic climb – The Devil’s Slide (HS).  This 117mm, five pitch slab looks sparse for protection as we look up from its base. The big brown eyes, clearly curious, watch our progress, waiting to see what crag booty will be dropped by Charlie today. An hour or so later, grinning, I have one big brilliant tick in my book. 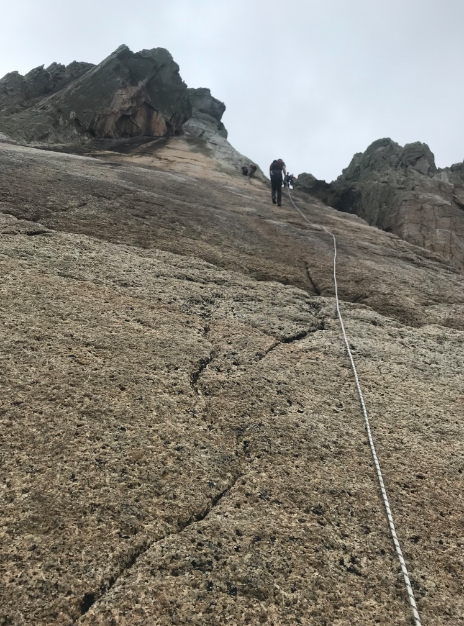 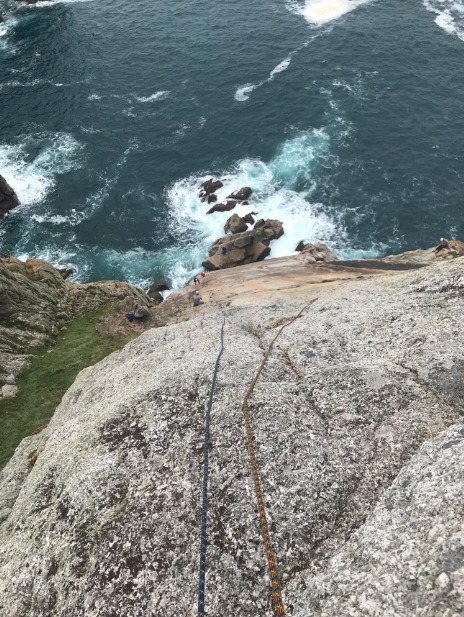 After each day’s sweaty ascent of the cliffs I had made my way down to the beach beside the harbour to swim. But it was only on this last day, the seals had decided to join me.
Swimming with the seals at Lundy was such a magical experience. Despite their lumbering form on land, they are unbelievably graceful and fast in the water. They are inquisitive but keep their distance and we all leave Lundy an hour later with our digits intact.
How to get there
Lundy is managed by The Landmark Trust and can be reached via a two hour boat journey from Ilfracombe or Bideford (thank you Chris B).
www.landmarktrust.org.uk/lundyisland/ 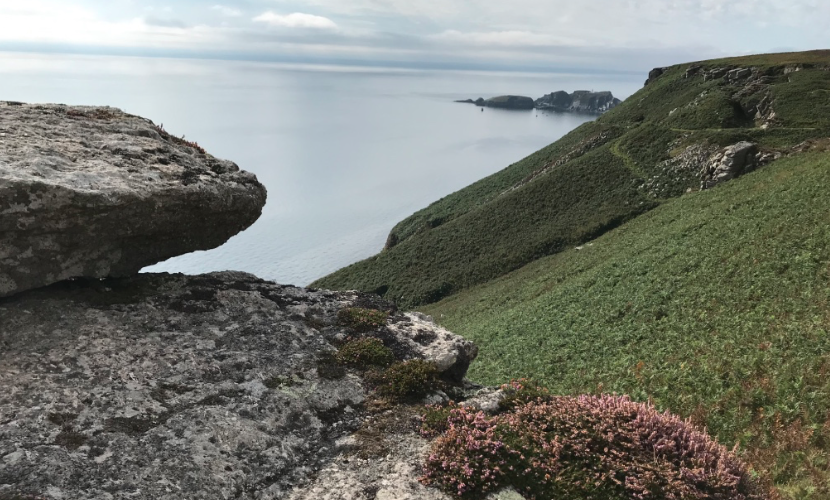